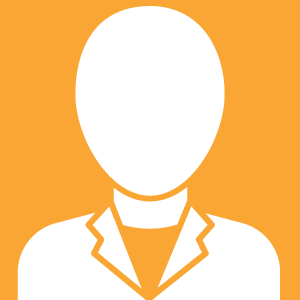 Signup to see this grant's details

Diffuse intrinsic pontine gliomas (DIPG) are highly aggressive cancers - DIPG has a survival rate of 1% at 5 years. Platinum(II) anti-cancer drugs (e.g. carboplatin) are used in combination with sodium valproate to treat DIPG clinically, with the intact blood brain barrier being effectively bypassed by convection enhanced delivery. We are synthesising multi-modal Pt(IV) prodrugs which incorporate organic drugs which have previously shown potential for treating DIPG, either in simple tumour models or clinical trials. These Pt(IV) prodrugs are anticipated to show lower toxicity to healthy cells compared with established Pt(II) compounds, and will release a combination of different pharmacologically-active compounds upon their reduction to Pt(II) in cancer cells. This project will investigate these new Pt(IV) prodrugs to understand in detail how they affect and kill DIPG cancer cells, in preparation for investigating the potential for Pt(IV) prodrug delivery directly into the tumour, with the aim of achieving a better therapeutic response in DIPG, with fewer side-effects of treatment.

As members of several collaborative research networks, including the Children's Brain Tumour Drug Delivery Consortium (CBTDDC), and M4KPharma, we have designed a research programme and assembled a collaborative team to synthesise and investigate delivery of effective treatments for DIPG. We have assembled a panel of clinically relevant, patient-derived DIPG cell lines for testing our new compounds, including lines which include genetic mutations known to be important for DIPG, as well as several non-mutant DIPG cell lines for comparison.

Members of the Farrer group are currently synthesising multi-modal Pt(IV) prodrugs to treat DIPG. These prodrugs combine several linked organic drugs which are known to exhibit in vivo efficacy against DIPG. Pt(IV) prodrugs are expected to show better pharmacological properties with lower off-target activity compared with clinically-established Pt(II) complexes, since they require reduction in cells to be activated. The intracellular reduction of the Pt(IV) prodrug will also release the multiple additional drugs which are linked to the Pt(IV) scaffold. In this manner, several drugs with activity against DIPG can be delivered into the cell together, and released in a specific and targeted manner - in other words - a form of "molecular combination therapy".

In light of the intact structure of the BBB in the region of the brainstem, and the compact nature of the pons region in which the tumour generates elevated pressure, convection enhanced delivery (CED) of the prodrug directly to the primary tumour location is anticipated to be an effective delivery strategy. This avoids systemic delivery of high-dose chemotherapies, minimising side-effects of treatment. The feasibility of this route will be investigated in later stages of the project with collaborators who have already validated this method of drug delivery for DIPG clinically. We anticipate that treating the primary tumour in this manner will stabilise the disease; furthermore, the Pt(IV) prodrugs are also likely to be suitable for intrathecal delivery such that they can be used for targeting metastases which occur in other areas of the central nervous system.

By characterising novel, multi-action Pt(IV) prodrugs in a panel of clinically-relevant DIPG cell lines we aim to develop new effective treatments for DIPG, and through our established collaborations and networks, ultimately offer a direct route for delivery of novel DIPG treatments to the clinic.

Background: Brain tumours are the most common cause of cancer-related death of children and young people under 40. Paediatric high grade gliomas (HGG) are highly aggressive, with a poor clinical prognosis, such that diffuse intrinsic pontine glioma (DIPG) is the leading cause of death from brain cancer in children.[1] Surgery is not possible for DIPG – beyond biopsy – due to the brainstem location and diffuse nature of the tumour. Radiotherapy is mildly effective in 70% of cases - prolonging survival by up to 6 months, after which period the tumour grows back, leading to death. The mean 5-year survival for HGG is 10 - 30%, decreasing to 1% for DIPG, representing a clear and critically unmet medical need. [2]

Approximately 80% of DIPGs and 30% of mid-line paediatric high grade astrocytomas exhibit a lysine-to-methionine mutation on histones 3.1/3.3 (H3K27M), corresponding with rapid disease progression.[3] More than 25% of DIPG cases also have Activin A receptor, type 1 (ACVR1) mutations, which codes for activin receptor-like kinase-2 (ALK2).[4] Together, these key mutations (H3K27M and AVCR1) drive initiation and progression of aggressive disease.[5] DIPG metastasises rapidly (conserving key mutations),[6] typically to leptomeningeal locations (e.g. ventricles, cerebral cortex, spinal column).[7] The poor clinical response of DIPG to systemic chemotherapy is attributed largely to the fact that – unlike many other gliomas - DIPG does not permeabilise the blood-brain-barrier (BBB). Achieving penetration into the pons of a systemically administered agent against the tumour pressure gradient is exceptionally difficult, making delivery a key issue.

Encouragingly, combinatorial strategies including carboplatin and the histone deacetylase inhibitor (HDAC) sodium valproate work synergistically,  both in cellulo[8] and delivered directly into the brainstem by convection enhanced delivery (CED) in the clinic, [9] showing promise for DIPG. Platinum (Pt) drugs can exert their anti-cancer effect by cross-linking DNA (e.g. carboplatin) or inducing ribosomal stress (e.g. oxaliplatin) and can be potently effective if their action is targeted. In contrast to PtII drugs (e.g. carboplatin, oxaliplatin), PtIV prodrugs are relatively non-toxic prior to being reduced to PtII in the cancer cell (e.g. by glutathione) and they also incorporate additional ligands which can be pharmacologically active; reduction releases these active ligands, producing an anti-cancer effect through multiple pathways.[10] CED is under investigation in multiple clinics for DIPG,[9,11] and intrathecal chemotherapy is promising for platinum-based drugs,[12] providing a potential route for treating metastases.

We propose a strategy using Pt(IV) prodrugs to target the release of several chemotherapeutic agents in the DIPG tumour. This uses Pt(IV) scaffolds which show limited cytotoxicity until they are reduced to Pt(II) within the cancer cell. This Pt(IV) prodrug “molecular combination therapy” is a well-established strategy which is showing significant promise against a number of other cancers (e.g. pancreatic cancer)[13] but has not previously been investigated for DIPG. Cancer cells, including DIPG have a significantly higher reducing environment than surrounding healthy tissue, ensuring preferential reduction of Pt(IV) to Pt(II) in target tissues. In the reduced form, Pt(II) primarily induces DNA damage and/or ribosomal stress, leading to cell death. The structure of the Pt(IV) prodrugs enables inclusion of several other chemotherapeutic ligands directly to the Pt(IV) scaffold. Upon reduction in the cancer cell, the linked drugs are simultaneously released, facilitating a combinatorial anti-cancer effect by different mechanisms. Through judicious choice of synergistic combinatorial ligands, with an appropriate Pt(IV) scaffold, a highly selective anti-DIPG effect can be mediated. It is anticipated that combining several agents with multiple mechanisms of action will overcome the muted response of DIPG to chemotherapy, which arises partly as a result of tumour heterogeneity. In the longer term, we have identified several routes to translation. Working closely with our collaborators we will investigate appropriate delivery strategies (e.g. convection enhanced delivery). Combined with selective delivery, Pt(IV) prodrugs provide a powerful strategy for tackling heterogeneous DIPG, delivering safer and more effective therapeutic strategies to the clinic.

We will utilise a diverse panel of well-characterised, patient-derived DIPG cell lines provided by  collaborators Prof. Chris Jones (ICR, London) and Prof. Michelle Monje (Stanford University, US). These are clinically relevant DIPG models, with a range of histone mutant and wild type (H3F3A, HIST1H3B and WT) statuses, along with several ACVR1 phenotypes (R206H, G328V, G328W and WT). These DIPG cell lines will be used to biologically characterise the mechanisms of action of the individual chemotherapeutic agents, along with the synergistic effects of combined single agents and the prodrug formulations. Promising Pt(IV) prodrugs will be readied for evaluation in pre-clinical in vivo modelling with our collaborators by the end of the project.

All the techniques required for chemical synthesis and characterisation are well-established in the Farrer group, Chemical Research Laboratory, University of Oxford. Synthesis and characterisation of novel Pt(IV) prodrug combinations is already underway and several compounds are ready for immediate testing. Within the Farrer group, there are 3 postgraduate synthetic chemists who are already engaged with the project and two more will join the group at the outset of the project, driving and refining Pt(IV) prodrug synthesis and design. The requested funds will support Dr. Alison Howarth (specialist in paediatric high grade glioma) who recently joined the Farrer group on a short-term postdoc contract (March 2019 – July 2019); such that she is already embedded in the team and familiar with the research environment at the project outset. Dr Howarth possesses the relevant experience and expertise to carry out the complete in vitro biological characterisation of the synthesised compounds, and the necessary cell lines are already in culture. Complete synthesis of Pt(IV) prodrug formulations, biological characterisation and progression of several lead compounds to in-depth biological characterisation is well within the feasibility of the grant time-line and the data generated will strengthen applications for longer, larger grants (e.g. CRUK multidisciplinary award) to further expand this work on developing novel therapeutics for DIPG within the Farrer group and our wider collaborative network.

Dr. Nicola Farrer (PI): leads a medicinal inorganic chemistry group consisting of 1 post-doc, 2 DPhil students and 3 Masters in the Department of Chemistry (Oxford). She has considerable experience in the development and delivery of Pt(IV) anti-cancer prodrugs, and has published 24 papers in high-impact journals (1213 total citations, h-index 19). Dr. Farrer will supervise the project (PI).

Dr. Alison Howarth (co-I): has significant research experience in paediatric high grade glioma. From her PhD (Brain Tumour Research Centre of Excellence, Portsmouth) she has 3 neuro-oncology articles (1 as first author) published in high-impact journals. She recently joined the Farrer group as a short-term postdoctoral researcher and has experience as a screening scientist at Pfizer UK (2007 – 2011) and as a research assistant at the Target Discovery Institute, Oxford (2011 - 2016). She brings additional collaborations from Nottingham, Plymouth and Oxford.

Dr Nicola Farrer and Dr. Alison Howarth are members of the Children's Brain Tumour Drug Delivery Consortium (CBTDDC) and as such are active members of a considerable research network investigating paediatric brain tumours, including strong DIPG links. Further, collaborative links across the University of Oxford and further afield facilitates a capable and collaborative research network.

Collaborations and Conflicts of Interest